Would you like to know how to start in the metaverses, but don’t know where to start? You are in the ideal place.

This word, the much talked about metaverse, is a concept that has been around for decades.

The term “Metaverse” was first mentioned by author Neal Stephenson in his 1992 science fiction novel “Snow Crash,” in which he imagined actual avatars meeting in realistic 3D buildings and other virtual reality environments.

But the technology we have available today makes possible all kinds of business opportunities that you should take advantage of sooner rather than later. So let’s get started.

What are the Metaverses and how do they work/will they work?

Simply put, a “Metaverse” is a virtual world, with avatars, digital objects, working economies, where technology is not just a tool, but an all-encompassing one.

In addition to the much mentioned NFTs (Non-Fungible Currencies), smart contracts, and decentralized applications.

Obviously, this means that each metaverse has enormous potential to change the way communication between people works. More than that, it can change the way businesses operate, how we spend money, what we spend it on, and more.

These metaverses are potentially the next step in technological and social evolution for the entire human race.

And yes, we talk about metaverses in the singular and plural, because there is not only one.

Each platform, like the ones we will mention below, are considered their own metaverses.

Examples of Popular Metaverses Existing in 2022

These metaverses seem to be the most promising, with multiple years in development and corporate titans backing each other up.

Some of the projects that we will mention below even have their own monetary system which you can charge for other cryptocurrencies or buy to acquire objects or virtual lands.

We’ve done our research and these are the biggest projects you can try. However, this should not be taken as financial advice.

The Sandbox ecosystem allows users to buy and sell gaming equipment or land (LAND) with its native currency (SAND) built on the Ethereum blockchain and backed by Softbank, one of the world’s largest investment corporations.

Currently, it is the one with the largest number of monthly active users (+30,000) and +165 collaborations with world-renowned personal and business brands.

Also built on top of the Ethereum blockchain, Decentraland allows users to access virtual real estate to buy or sell, all governed through a DAO (Decentralized Autonomous Organization).

$ESTATE represents merged digital land parcels, $LAND remains the actual parcel for Decentraland’s digital land, and $MANA continues to rise among all cryptocurrencies in the metaverse.

The tech giant formerly known as Facebook has already made significant investments around VR, including acquiring Oculus in 2014.

Mark Zuckerberg has been optimistic about the metaverse, believing that it could replace the Internet as we know it.

The software giant already uses holograms and is developing extended and mixed reality (XR) applications with its platform, which combines the real world with augmented reality and virtual reality.

A few weeks ago, Microsoft showed off its plans to bring mixed reality, including holograms and virtual avatars, to Microsoft Teams in 2022. They’re also working on 3D virtual connected spaces for retail and other workplaces.

Do you know what the first Metaverse was?

It could be argued that the origin of these famous metaverses comes from Second Life, the online fantasy world founded in 2003 (present for almost two decades).

Now yes, the section for which you entered to read.

Opportunities to Earn Money with Metaverses According to Industries

A “new reality” in working from home is a big part of the appeal of the metaverse. And this is no longer a matter of the future, as it is now allowing consumers to generate new business in their own areas and industries.

Thoughts on the Metaverses

Undoubtedly and inevitably, this is the future we’re headed for, and just a small hint of the full impact the metaverse can have on the world.

Of course, while this technology has benefits for everyone, such as expanding access and opportunities for a group of people who didn’t have it before; Like NFTs, this remains speculative and its mass adoption depends on a confluence of events, from hardware implementation to data infrastructure development.

Green Business: How to Achieve the Sustainability of your Company

Digitization: How to Start a SaaS Business

Coworking in 2022: What You Need to Know

Do you know how to design your Professional Presentation Short Speech?

Green Business: How to Achieve the Sustainability of your Company

Digitization: How to Start a SaaS Business

Coworking in 2022: What You Need to Know

Do you know how to design your Professional Presentation Short Speech? What is business engagement and how does it affect your company?

7 Steps to Present a Video Conference 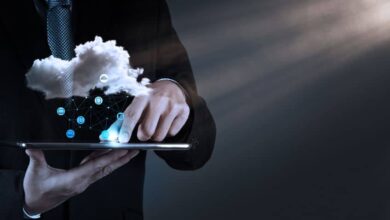 The 5 most functional Business Communication channels 5 strategies to apply Project-Based Learning in your virtual courses