First, Web 1.0 or “Static Web” (1991-2004) refers to the period when the vast majority of Internet users were just consumers of content on static pages, like a one-way highway. The content came out of the server’s file system instead of a database.

There were also no algorithms to filter Internet pages, so it was difficult to find relevant information. Little or no user interaction occurred.

Then came the “Social Web” or Web 2.0 (2004-now), in which many more internet users produce content, share images, audio, and video on social networks or websites using Javascript, HTML5, CSS3, and other technologies. that make the pages much more dynamic.

But what comes next?

What exactly is Web 3.0, what will it look like and how will it change our lives?

What is Web 3.0 and why is it important?

Web 3.0 (also called the “Semantic Web”) is believed to be intended to interact “automatically” with home systems, people, and devices.

As such, the content creation and decision-making processes involve both humans and machines, enabling the intelligent creation and distribution of highly personalized content directly to all internet users.

Imagine something like a new kind of internet that accurately interprets and understands everything that is input and transmitted, whether through text, voice, or other means.

One in which all the available content is more adapted to you than ever.

Also, where the network itself allows participants to interact publicly or privately without a trusted third party. In which any person (user and provider) can participate without the authorization of a governing body.

Experts describe Web 3.0 as a possible solution to their concerns about the excessive centralization of the web in a few “Big Tech” companies. This would improve security, scalability, and data privacy to levels not seen on Web 2.0 platforms.

Some of these visions are based on the concepts of “decentralized autonomous organizations” (DAOs), which seek to allow many people to have equal ownership and governance in an organization.

Decentralized finance (DeFi) is another key concept, in which users exchange currency without bank or government involvement. Sovereign identity allows users to identify themselves without relying on a centralized authentication system like OAuth .

Particular interest in Web 3.0 skyrocketed towards the end of 2021, due to enthusiasm for cryptocurrencies, investments from technologists, and high-profile companies.

Web 3.0 takes everything we’ve said about Web 1.0 and 2.0 and goes a step further, making the Internet accessible to everyone anywhere, anytime.

This is just the tip of the iceberg of the possibilities that Web 3.0 can bring to modern society. Let’s look at other scenarios in which Web 3.0 can be implemented:

Of course, nothing is perfect. Even in Web 3.0 and especially at the beginning of the adaptation, certain moderation problems (such as those faced by 2.0 platforms) will continue to exist. This is especially true due to its decentralized nature.

But the good news is, as more platforms emerge to serve small, niche communities (rather than a single entity that communicates to everyone), they will be less affected by the problems attracting mass audiences with other outreach ones.

Delegate Effectively: A Great Necessity in 2022

Digitalization of the Company in 2022

How to Combat the Fear of Public Speaking: Strategies and Mindfulness

Does Artificial Intelligence and Machine Learning Add Value to Companies?

Goal Prioritization: How to Execute Better

Delegate Effectively: A Great Necessity in 2022

Digitalization of the Company in 2022

How to Combat the Fear of Public Speaking: Strategies and Mindfulness

Does Artificial Intelligence and Machine Learning Add Value to Companies?

Goal Prioritization: How to Execute Better 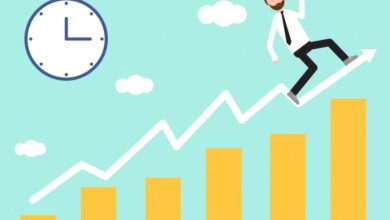 Time Management: How to Be More Productive in 2022 Big Data and Small Data: What are they and how are they different? Leadership: How to Be a Better Leader in 2022 How to Start the Day to Be More Productive